Amy Puzia started her foray into film by producing an independent feature in 2004.  The film screened at several film festivals and won Feature Film Winner at the Telluride Indiefest.  In 2008, Amy transitioned to film and video full time working as a Cinematographer, and Camera Operator.   She spends most of her time working on independent films, commercials, and corporate productions.

She currently shoots for clients such as Ebay and Intel, as well as taking over as the cinematographer for the upcoming fantasy web series, Magehaven.  Amy completed filming on “Zincgraff,” the story of a reclusive painter reliving his memories of his most famous painting.  The short film is currently making the rounds on the festival circuit and is an official selection at the 2013 Cannes Court Metrage.

Recently she has completed a contract with Intel Media as a Producer, Shooter and Editor. The experience has given her the ability to turn corporate projects quickly and brush up on her editing and motion graphics skills. 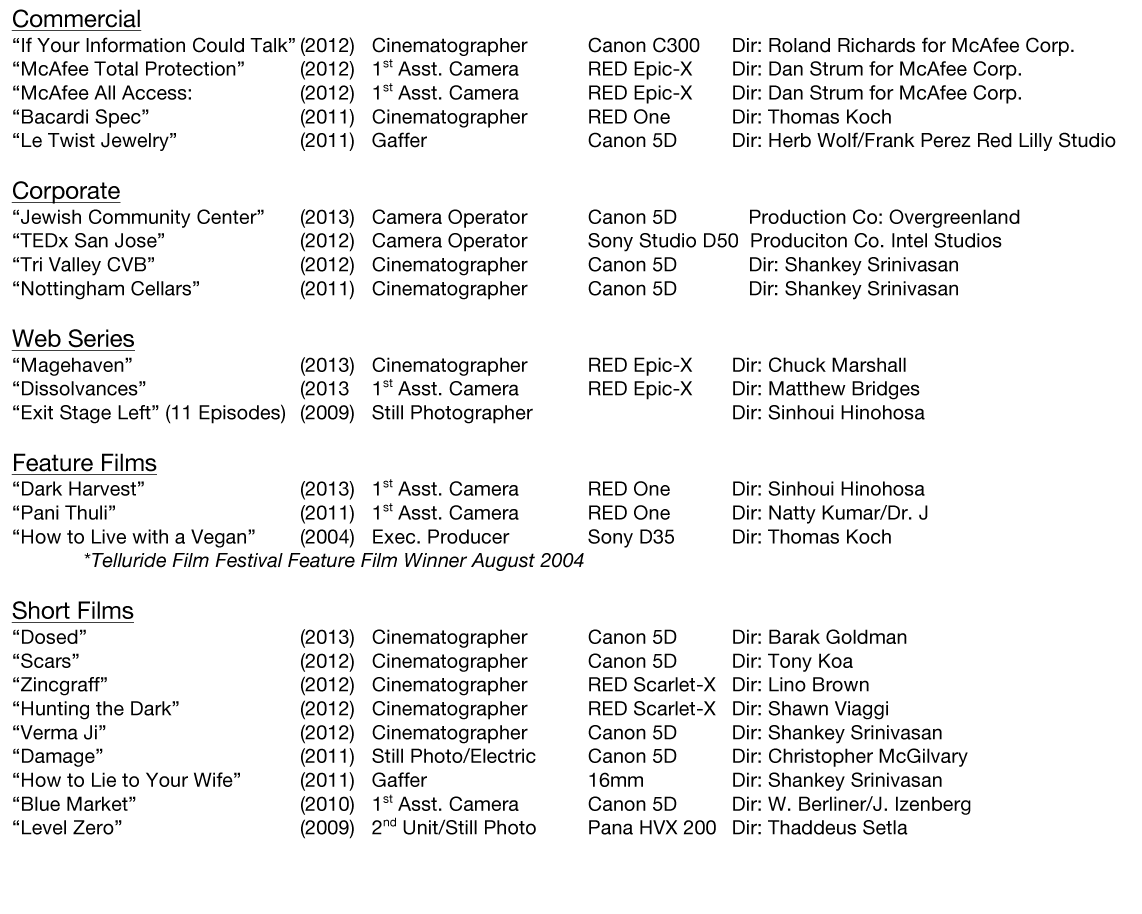